The Habibi Center opened its doors nearly 5 years ago to support a specific group of the population: young refugees who had fled their countries of origin in order to find a safer and more prosperous future in Europe. Refugees, regardless their age, are usually silenced, forgotten, and neglected worldwide. In addition, in many occasions, they remain locked up in camps for months, as if they were a threat for the rest of society. Despite those detrimental injustices, powerful main stream media and other authorities barely call attention to this issue. However, when they occasionally do so, it seems like they prefer to prioritise profitable and biased over real content. 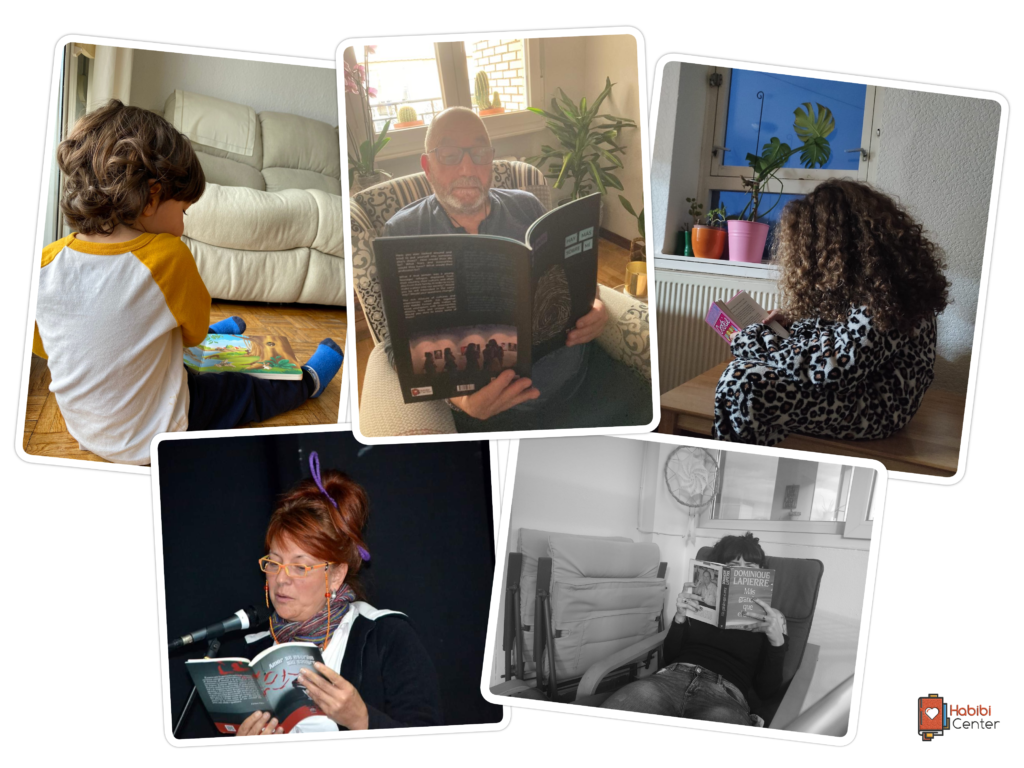 Since March 2020, when governments worldwide ordered everybody to remain indoors due to the dangers of Covid-19, every one of us has been pushed to change our lifestyles. The several traumatic lockdowns suffered in most of the developed countries have triggered many profound changes, for example making teleworking almost compulsory for the vast majority of people and making online lessons in schools and universities the only way for young people to continue their studies.

Nowadays, words like Skype, Zoom, Google Meet, or Microsoft Teams are embedded in most of our lives. For many months, the only way children and adults have been able to communicate with others has been by playing online videogames, and the only way they have had to be entertained has been by watching television or eating up Netflix content without a break. The so-called “New Normal” that mainstream media and other authorities try to pressure seems to be fully technology dependant, with virtual relationships, endless time consumed in front of screens, and knowledge gained through video content.

On the other hand, cultural and other activities that create a sense of community and human bonding, such as cinemas, theatres, sport, and music concerts have been radically suppressed. Moreover, libraries have dramatically suffered the consequences of lockdown policies and have been disregarded as a secondary need by authorities although books have been historically considered a powerful weapon to acquire knowledge and help develop countless human abilities.It’s undeniable that audio-visual technology has been able to provide extremely high-quality content for the last 10 years. Unfortunately, that overdose of daily consumed technology has also triggered the diagnosis of new disorders, such as the Attention Deficit Hyperactivity Disorder (ADHD). Therefore, although advertisements bombard us 24/7 so that we keep consuming new audio-visual content or buying the most up-to-date gadgets, we should balance the situation and embrace books once again.

It’s difficult to imagine life without books and the absence of the unique beneficial effects that they are able to produce in our brains. For example, unlike audio-visual content which adversely overstimulates people with incessant sounds and imagines, reading a book boosts concentration, which might help us at any stage in our lives to successfully focus on any goals we want to achieve. In addition, reading books helps develop greater creativity and imagination than watching a movie or playing a videogame. Interestingly, as it has been proved over the last decades, developing creativity and imagination foster critical thinking, decision-making, and creative problem solving.

As it is with refugees, who feel silenced, forgotten, and neglected, books need our support in these difficult moments. As it is with refugees, books must be part of our society. Long life to these powerful weapons, full of words and knowledge instead of bullets, which help build a better world with independent, empathetic, and healthier individuals.

View all posts by Alex Lafuente